A modern-day Huck Finn hunting for treasure along the beaches, forest trails and sidewalks of the Pacific Northwest. By Jenny Riffle 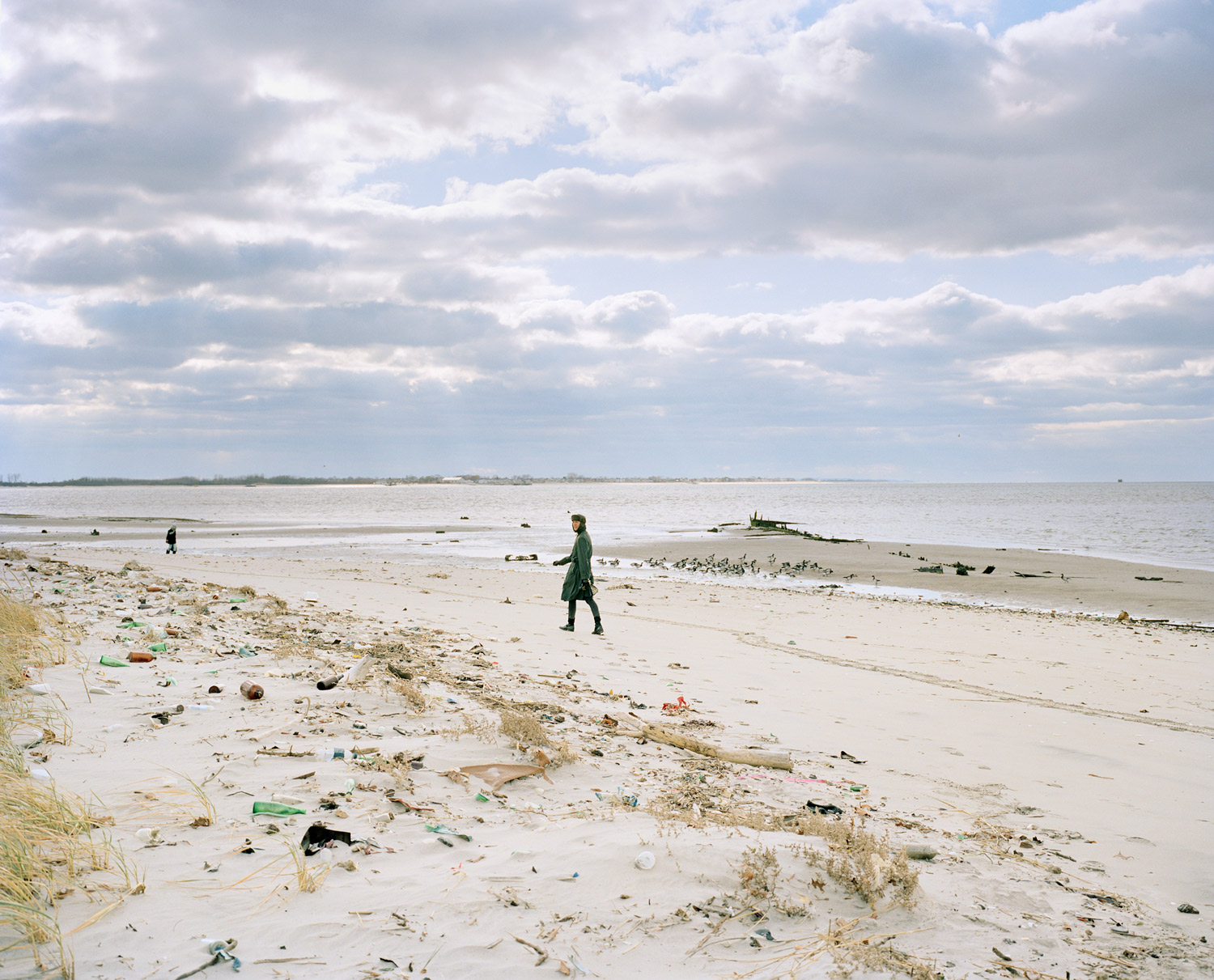 My boyfriend Riley is the subject of my series Scavenger: Adventures in Treasure Hunting. We met ten years ago through my brother, who was managing a restaurant where Riley was working at the time. Riley always impressed me with his excellent sense of adventure. One of the first times we hung out, we hiked up to some hot springs with a group of friends in the middle of the night. Riley led us up a mountain with no trail and found the hot springs in the dark.

I was lucky to spend a lot of my childhood in a cabin in the woods with no running water or electricity; it was a childhood full of make-believe. I was always playing in the forest or running through the meadow fighting imaginary battles. I recognised a similar sense of adventure in Riley. I fell for him immediately and we have been together ever since.

Riley has been a treasure hunter his whole life. He grew up in rural parts of Utah, Idaho and Washington, where he spent afternoons digging through dumps and wandering the country roads looking for old beer cans. He got his first metal detector when he was eleven and started looking for rare coins, gold, silver and anything else he could find.

Riley has to work because he doesn’t make a living off his scavenging, but he spends all his free time treasure hunting and it does earn him some extra cash. One of his most valuable finds was an 18 karat gold ring worth $500 that he found just a couple years ago. His favourite find was also one of his first; a quarter from 1899 that he dug up in his backyard when he was in kindergarten. Some of his finds are monetarily worthless but have a historic or mythological value.

I started working with Riley on the Scavenger series in 2009. I think I am nearing the end of the project, although it is hard to stop taking photos of him. As a photographer I am always searching for the next photograph, much like Riley is searching for treasure. On some level, I think we are all drawn to the thrill of the hunt.

These are the stories behind some of the photos. 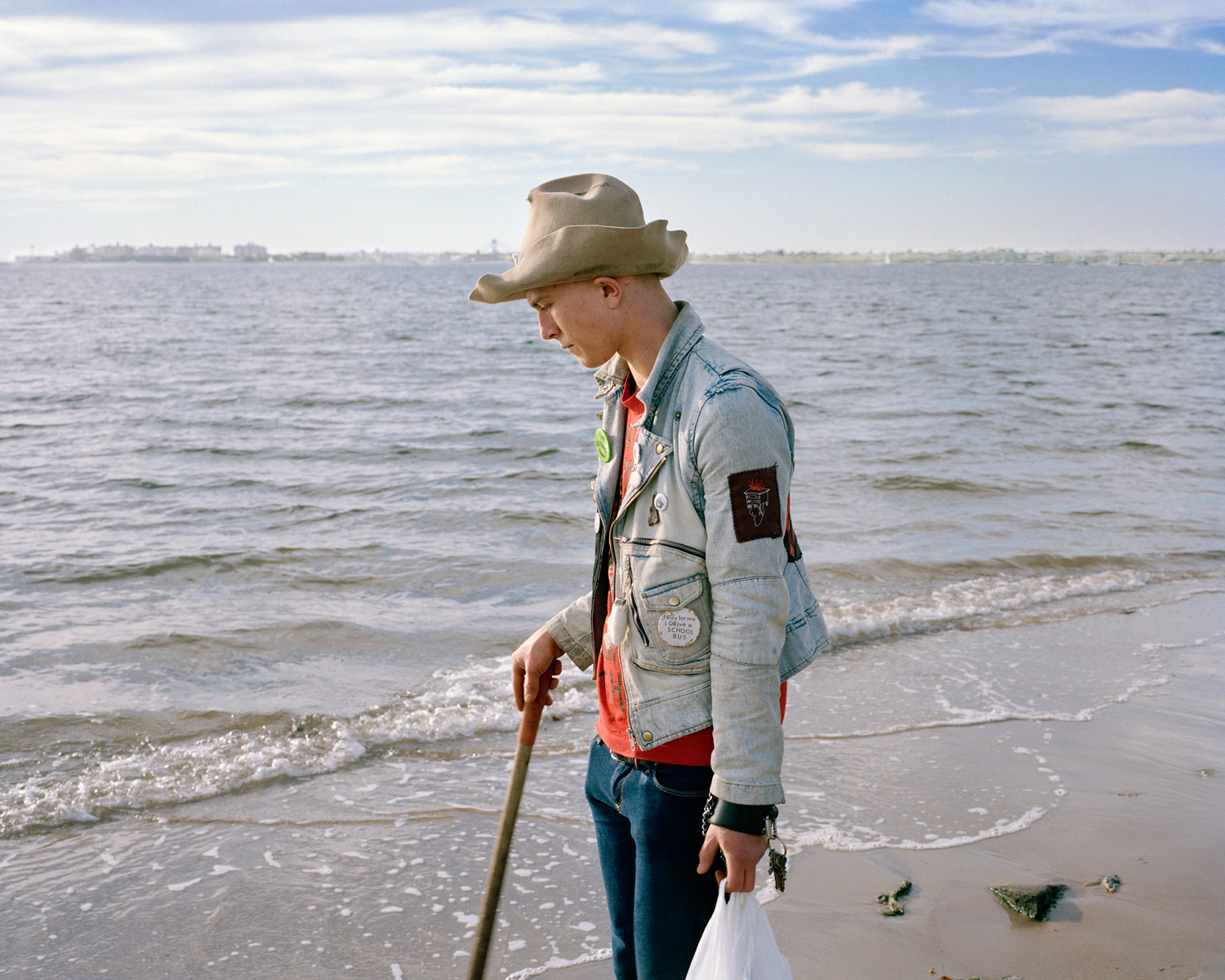 High Tide
Two books that inspired Riley as a child were Mark Twain’s The Adventures of Tom Sawyer and The Adventures of Huckleberry Finn. In this image, I think he embodies the character of Huck Finn with the water at his side like the Mississippi River and the hat he is wearing reminiscent of Huck Finn’s own. 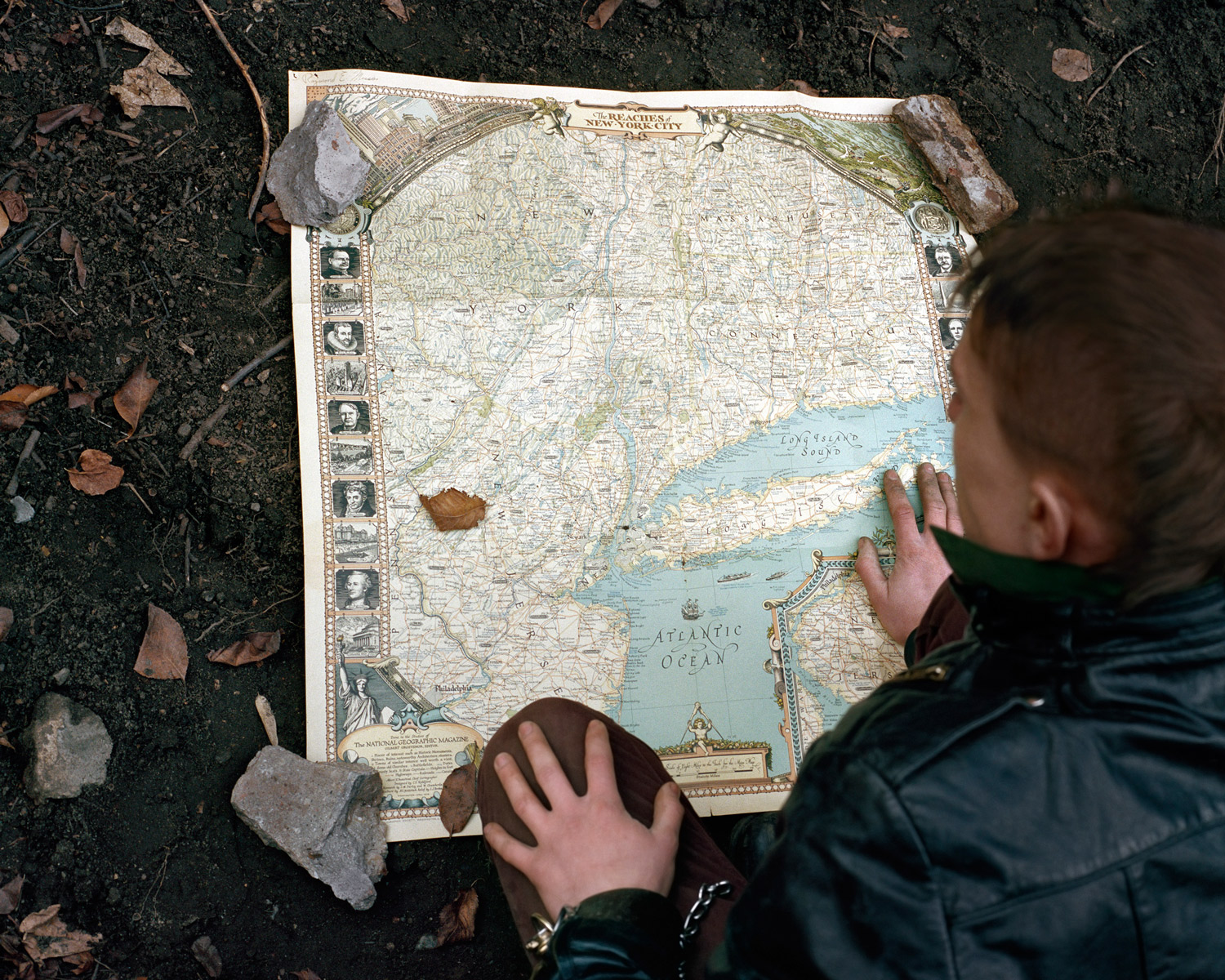 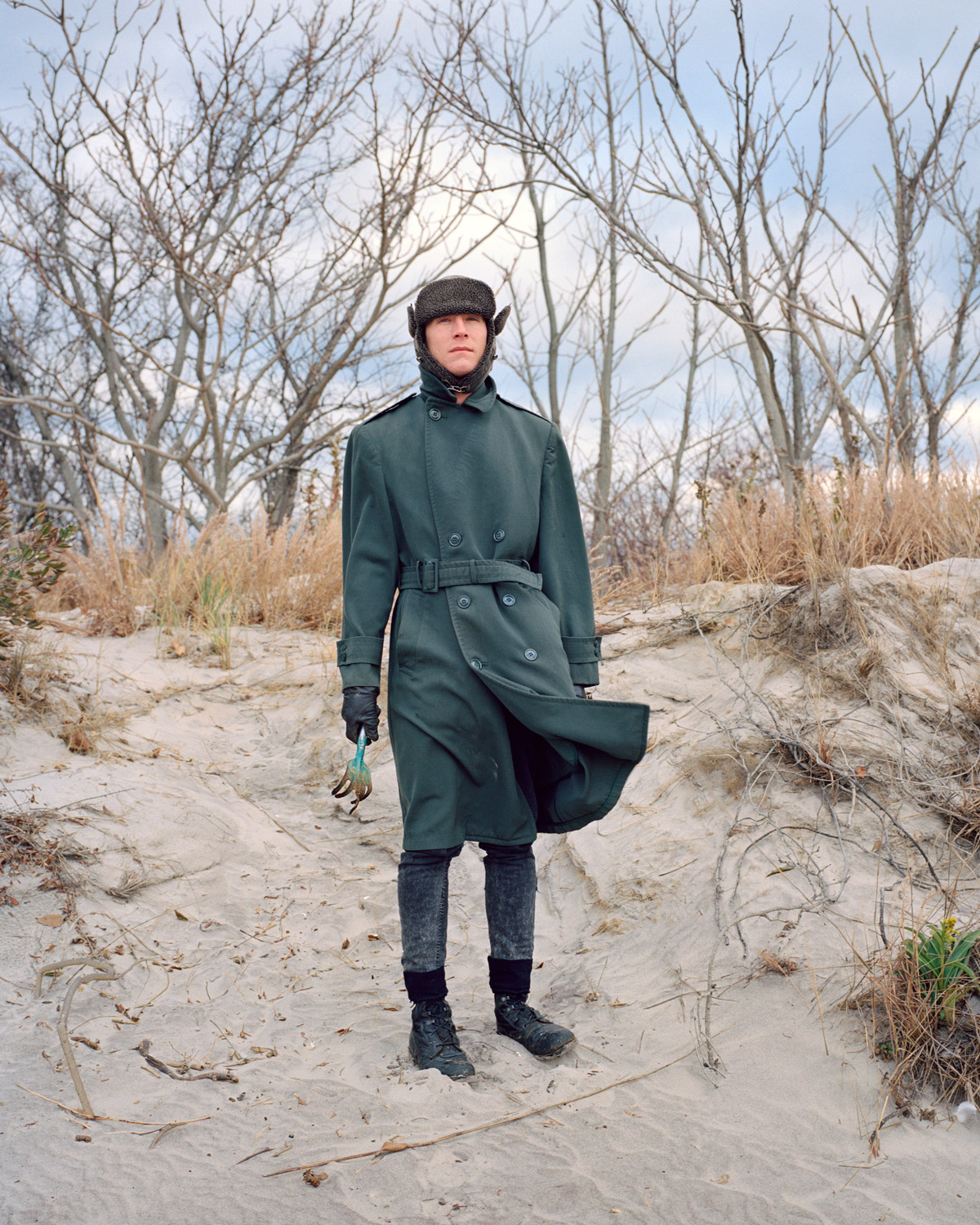 The Treasure Hunter
This portrait was taken at a place called Dead Horse Bay, commonly known as Bottle Beach, in the winter of 2010 when Riley and I were living in Brooklyn. The bay is the site of horse processing plants from the time of horse-drawn carriages in the late 1800s. In around 1920, after cars had been invented and horses were used less and less, it became a landfill that New York City used for several decades. The area is now a park, and many items are exposed by the water and left on the beach to be scavenged. Riley would go out there at least once a week to look for gold and other precious metals, coins, and anything else that interested him. In this image he is holding a digging tool that he used to scrape through the sand and dirt to find treasure. 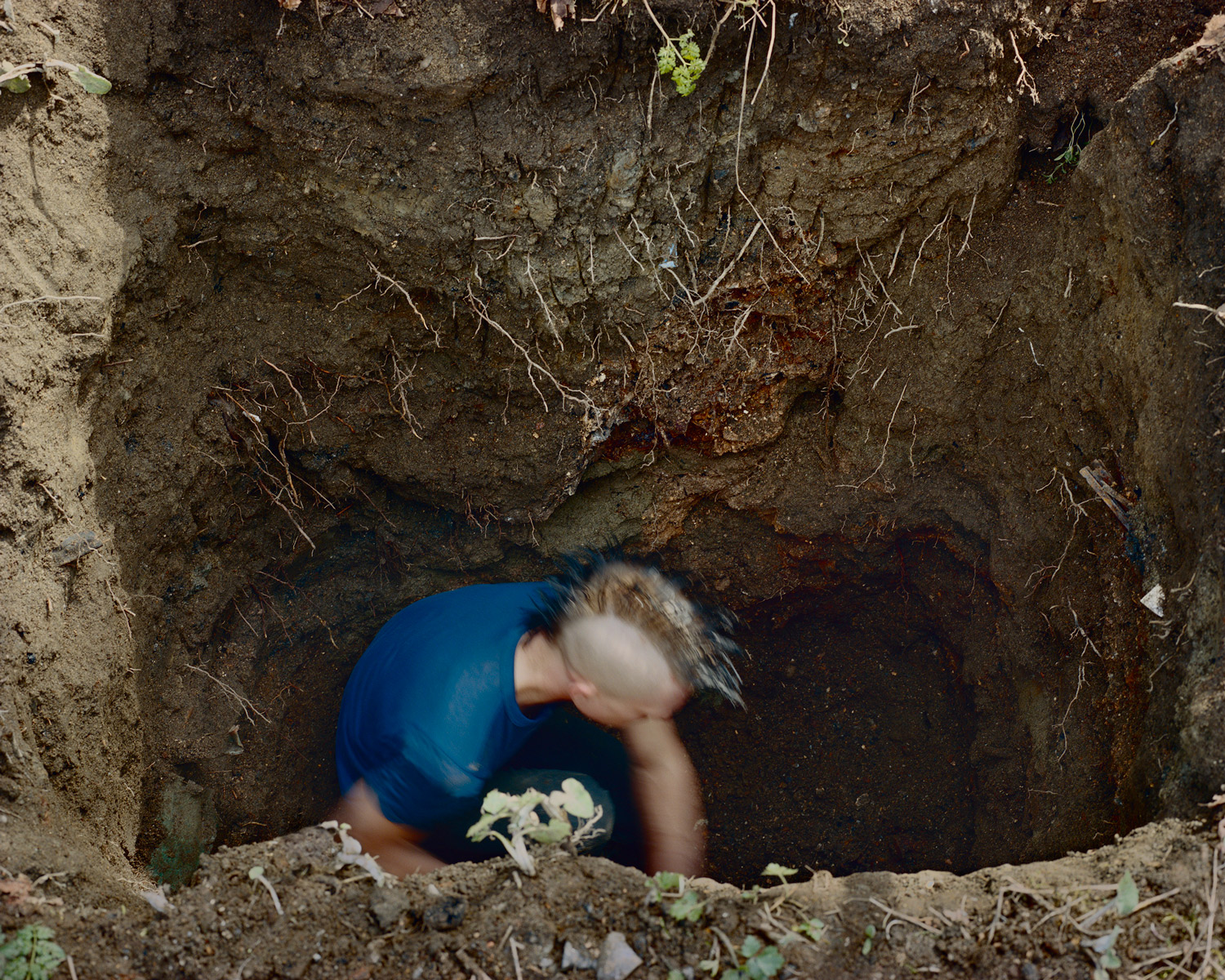 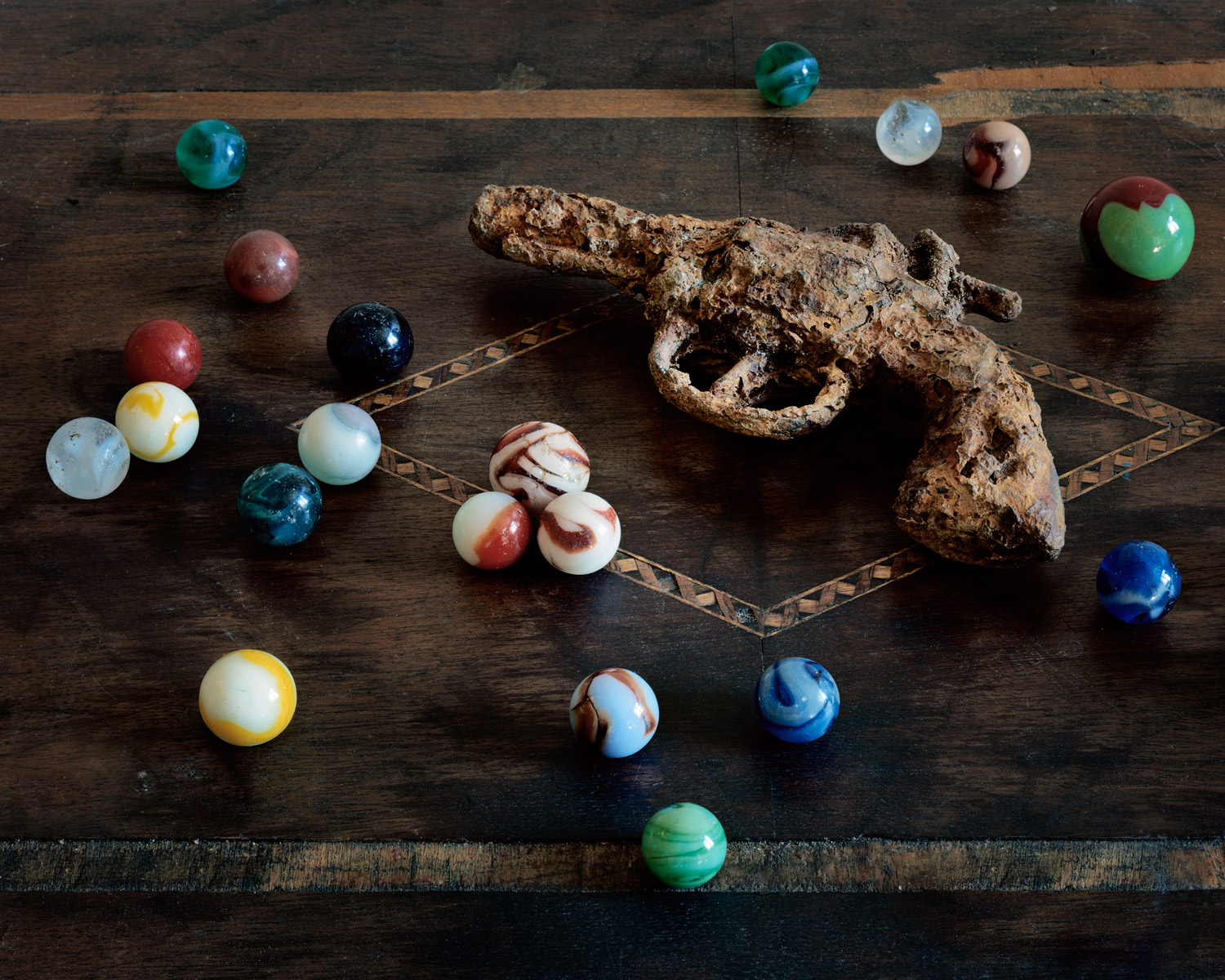 Tom Sawyer’s Gang
The objects Riley collects on his treasure hunts are like relics from a different world. This old rusted gun and handful of marbles were found on Bottle Beach. Looking at the objects together, you can weave a childlike story of excitement and adventure. Is it a real gun? Was it buried in the dump after some crime committed long ago? It reminds me of Tom Sawyer’s gang of children pretending to be robbers or pirates and the marbles they carried around in their pockets that they used like money to trade with each other. 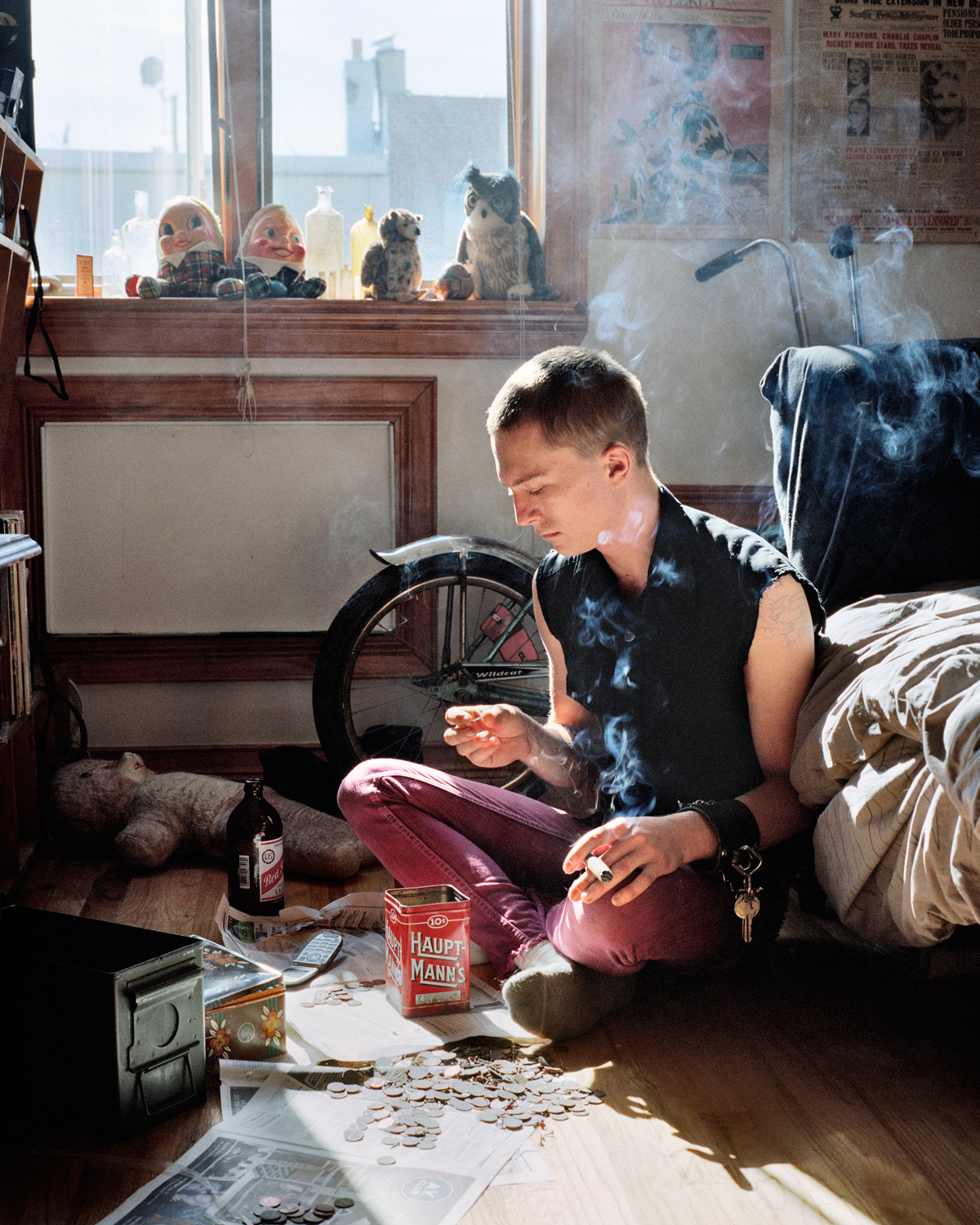 Sorting Change
In this picture Riley is looking through a pile of coins, checking for rare and older coins that are pure copper. He used to go and get pennies from the bank and look through them for hours. As soon as I saw the light in the room I wanted to take this photo, but Riley was annoyed that I needed him to stop and hold his pose. He came up with a compromise: he would only let me take the photo if he could smoke a cigar inside our apartment. I agreed. 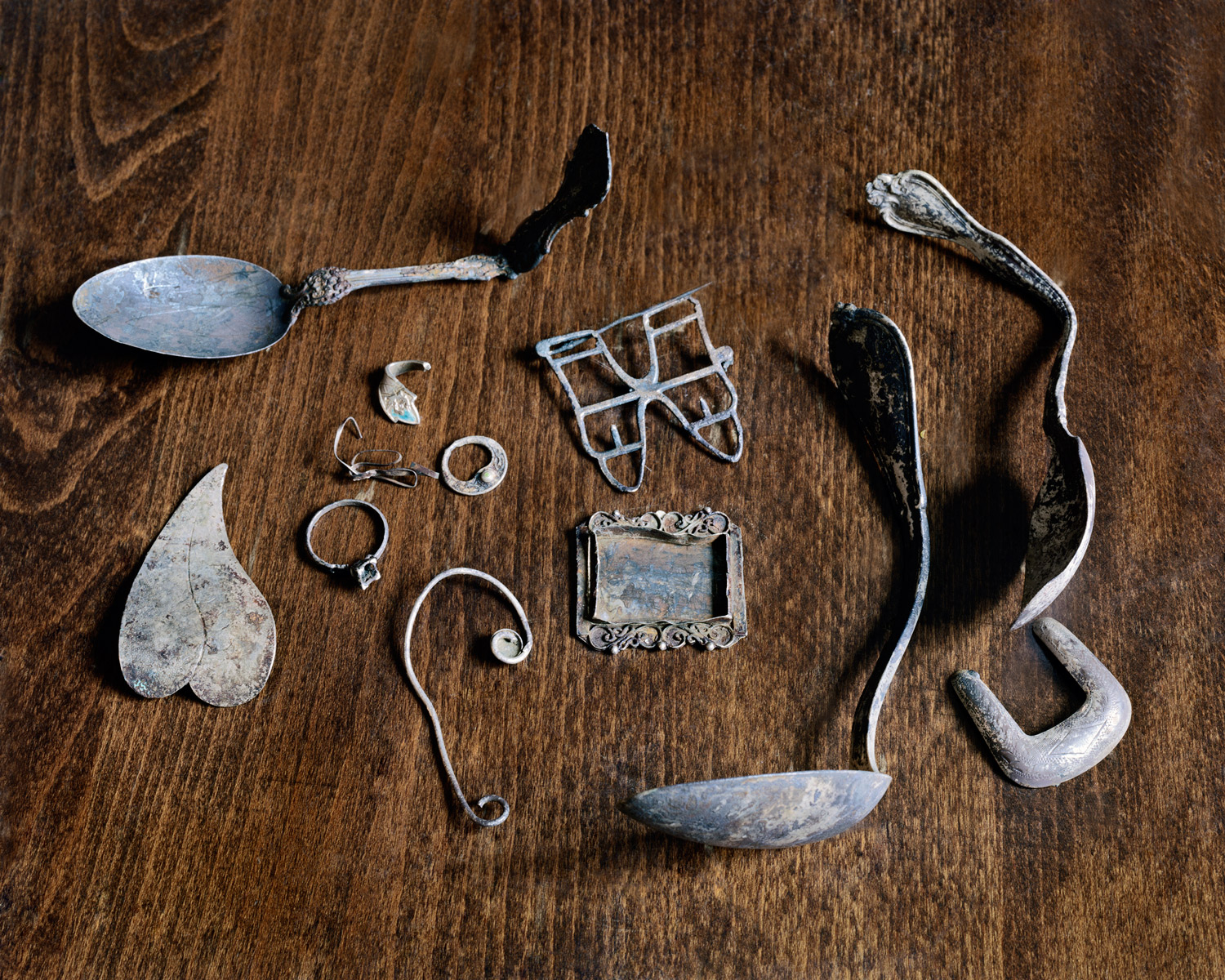 Silver
These objects all came from Bottle Beach and are a small part of Riley’s collection of silver that he has amassed over the years. The silver objects are both monetarily valuable and historically interesting. I love seeing what he finds and wondering about the lives these treasures had 100 years before.

The Find
In Riley’s hand is an object he found with his metal detector in a backyard in Brooklyn. The object is very rusty, and it is not quite clear what it is yet. Riley finds little monetary reward for treasure hunting since most of his day is spent digging up worthless pull-tabs and random scraps of metal, but the thrill of the hunt is all he needs to keep going. It is moments like this, right as he is pulling the object out of the ground, that are exciting. He does not yet know what he has discovered. 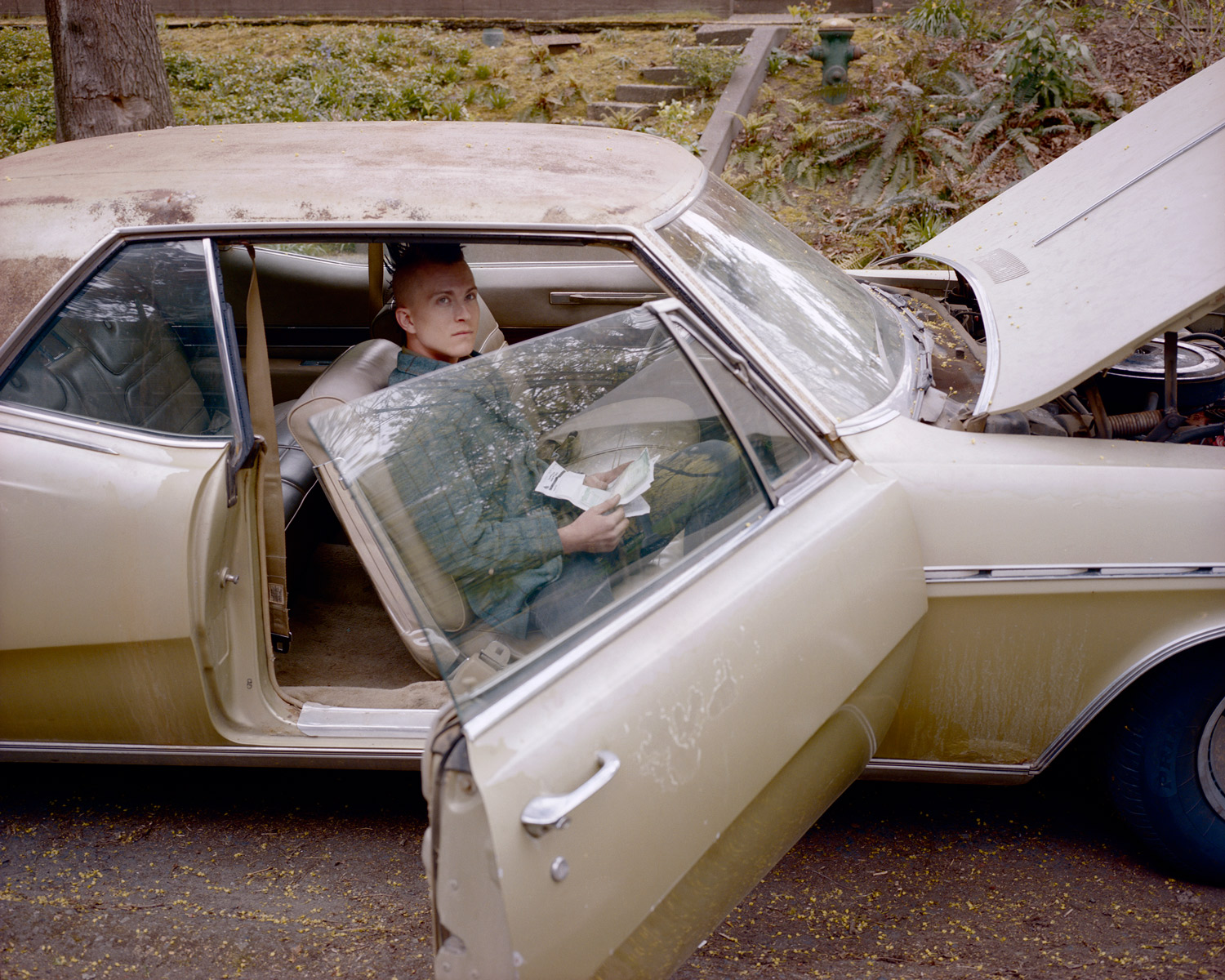 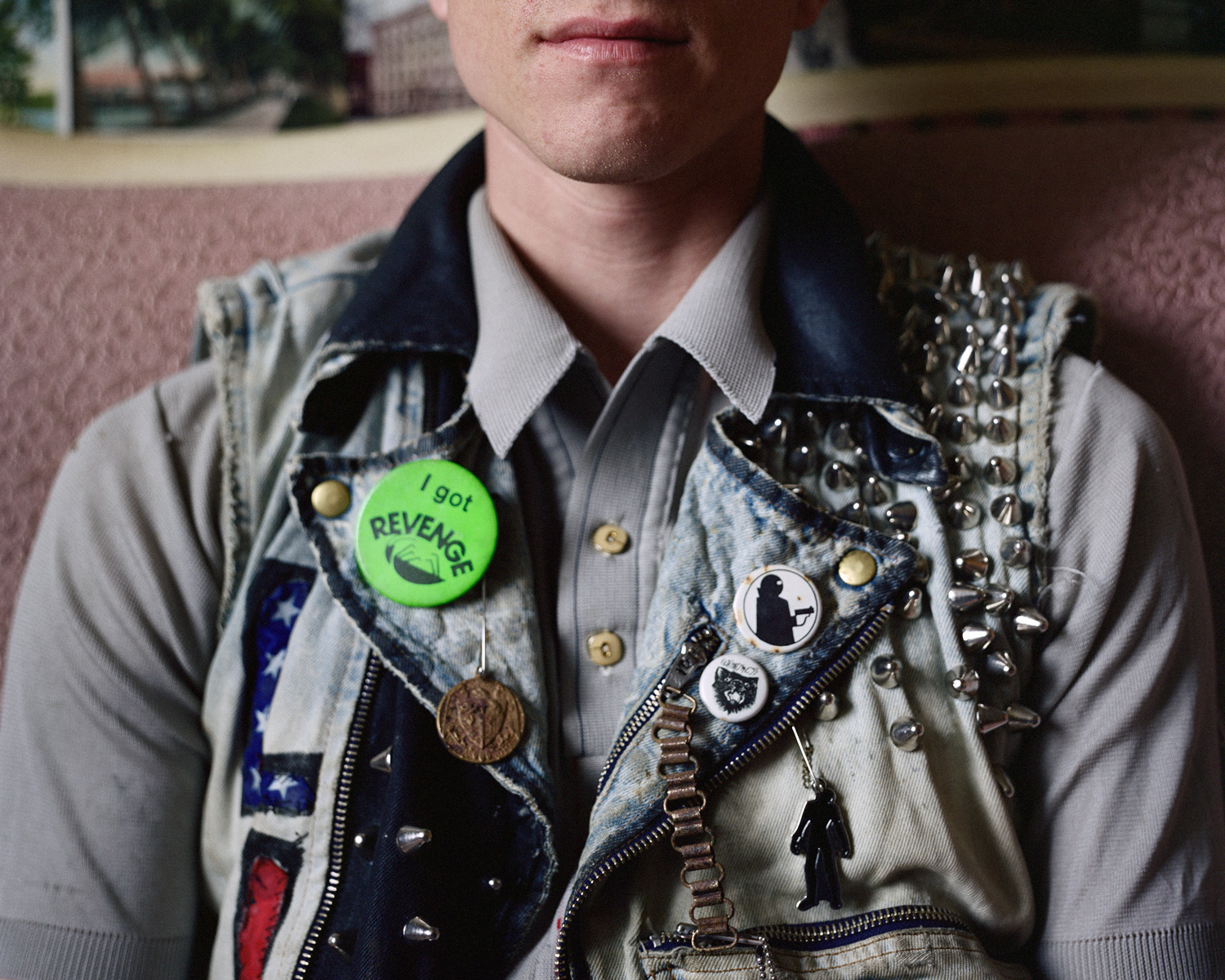 I Got Revenge
One of the many places Riley displays his collected objects is on his clothes. He attaches rusted jewellery from the dump along with pins and metal studs. His jacket is always changing over time as he adds new finds and removes old ones. Recently he has been adding on pull-tabs from the 70s because he came across so many of them when he was metal detecting. 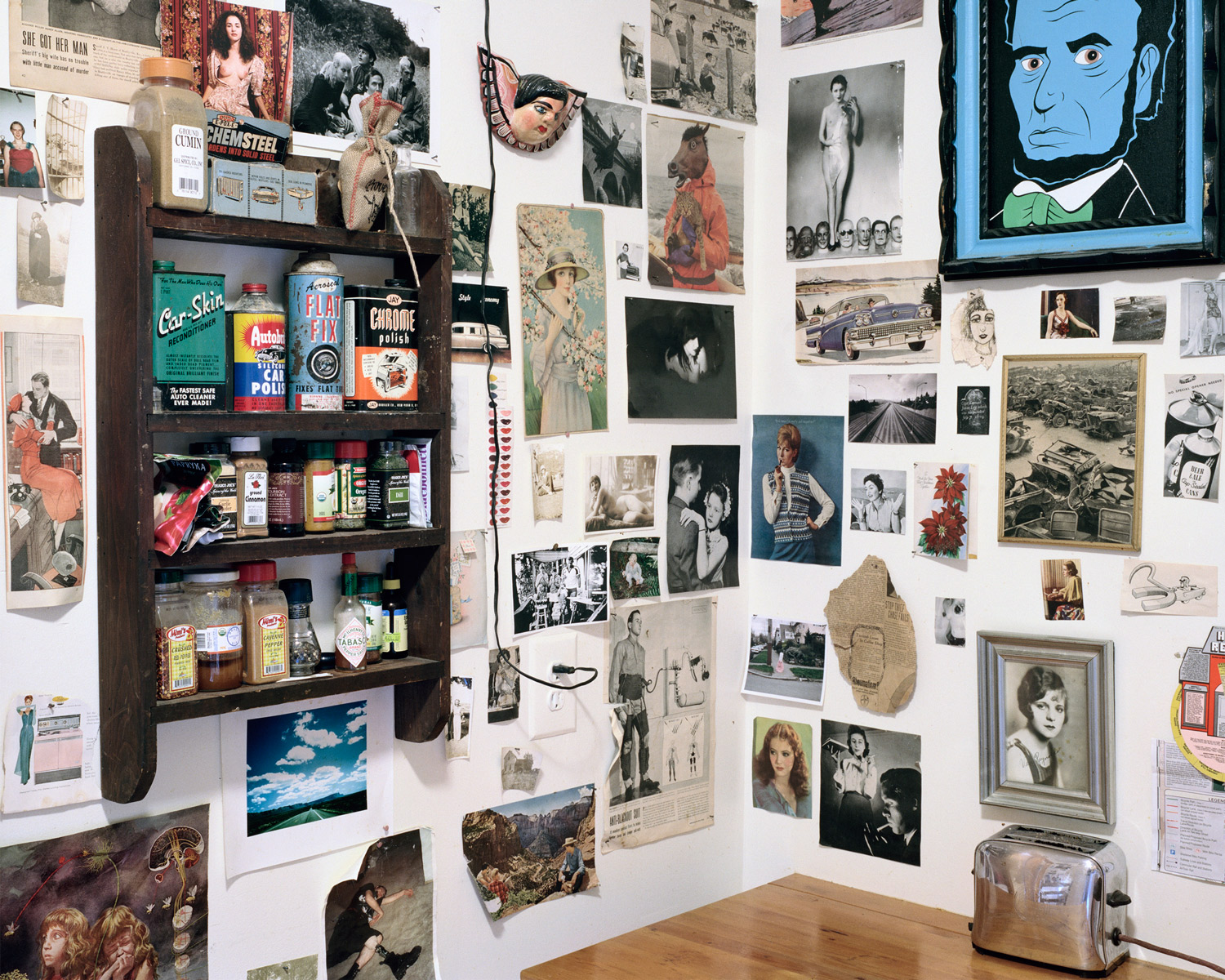 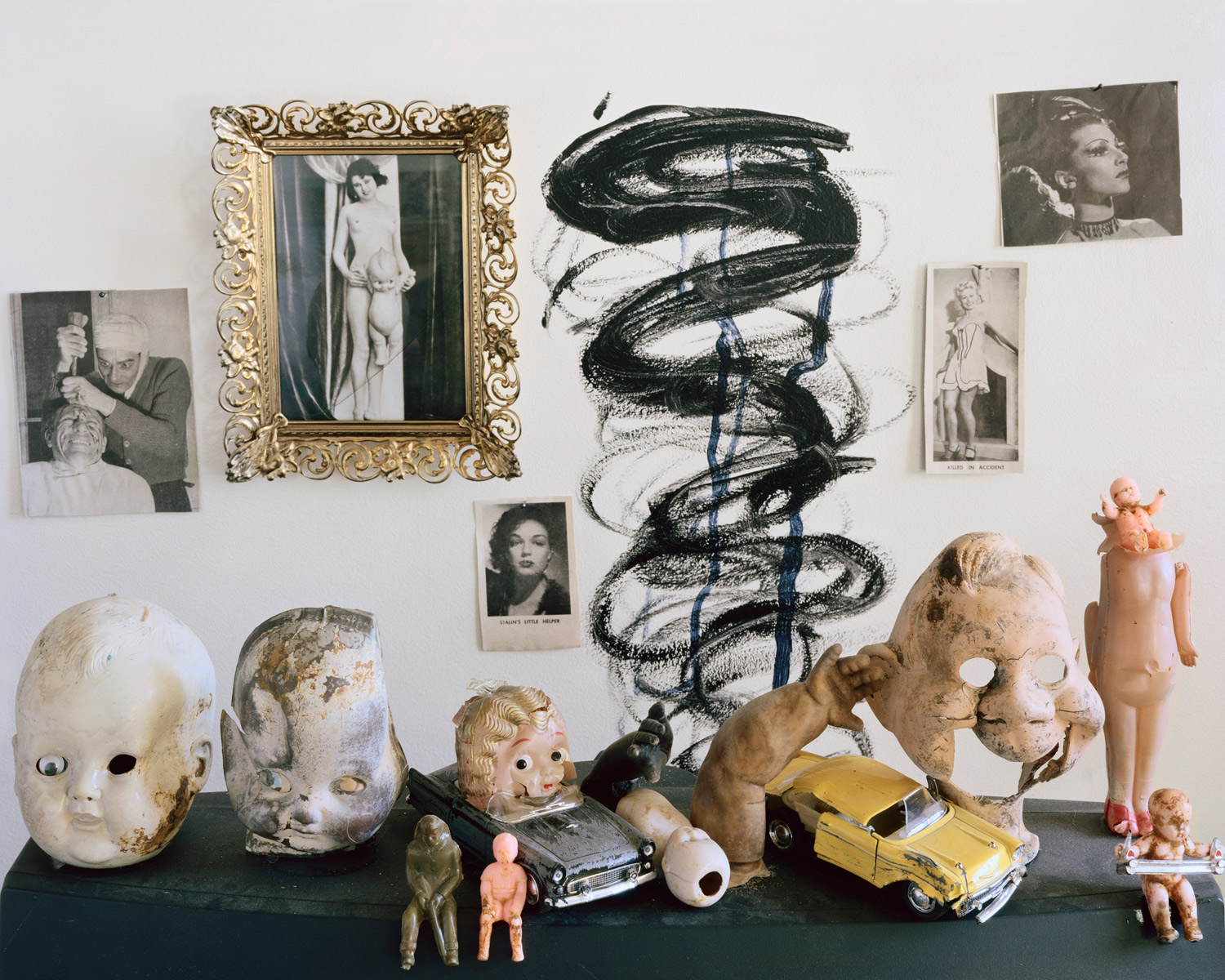 Dump Dolls
This is a collection of toys and dolls that Riley found at Bottle Beach. He brought them home and glued them to the top of our TV set. The walls of our home are covered in photos and magazine clippings that he has been gathering over the years. Riley arranges narrative tableaus throughout our apartment with all of the old objects he finds – for him, these objects are an escape into mythology, into the world of Tom Sawyer and Huckleberry Finn. As Riley brings long buried and forgotten objects back into the light, trash becomes treasure and acquires new meaning and value. 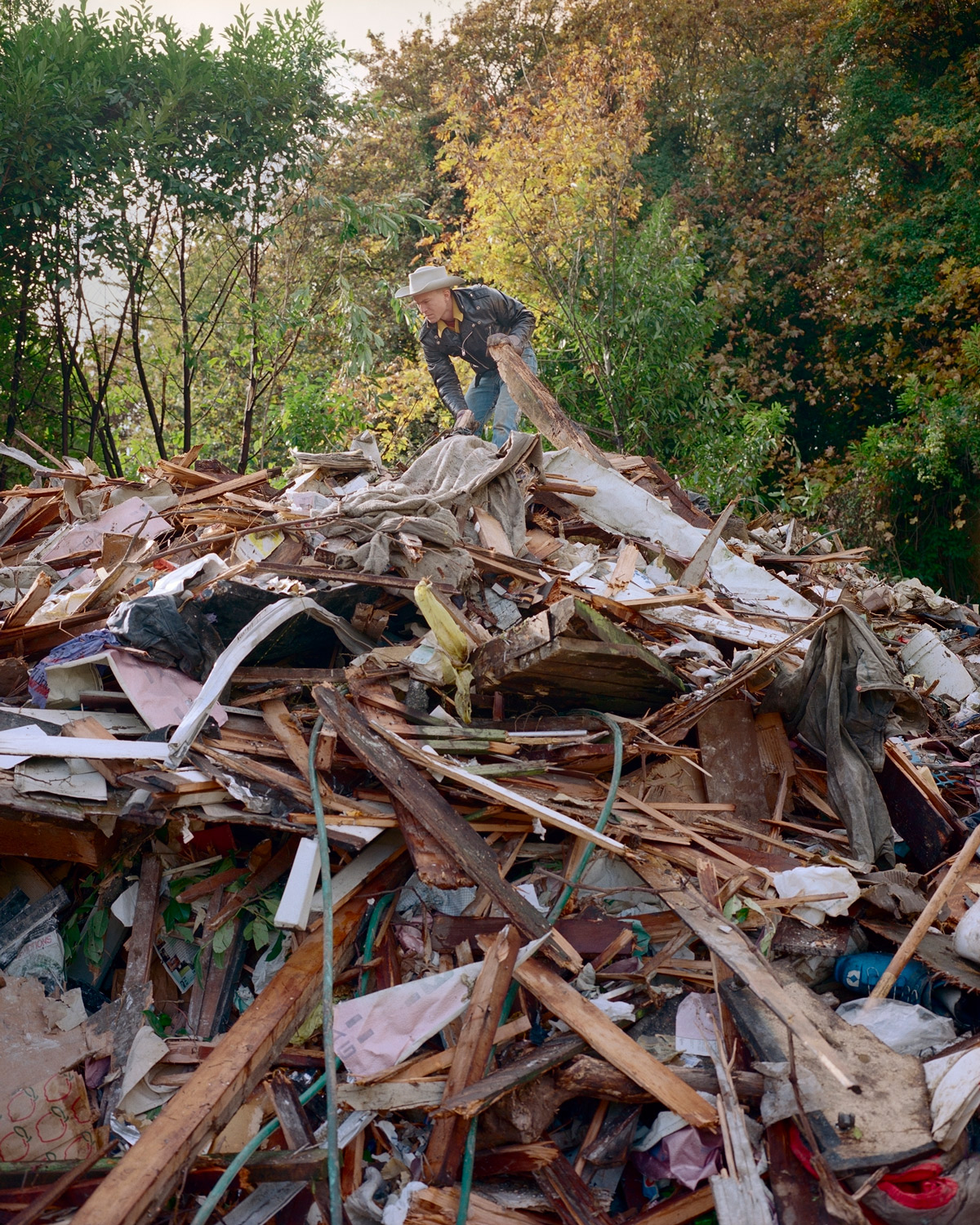 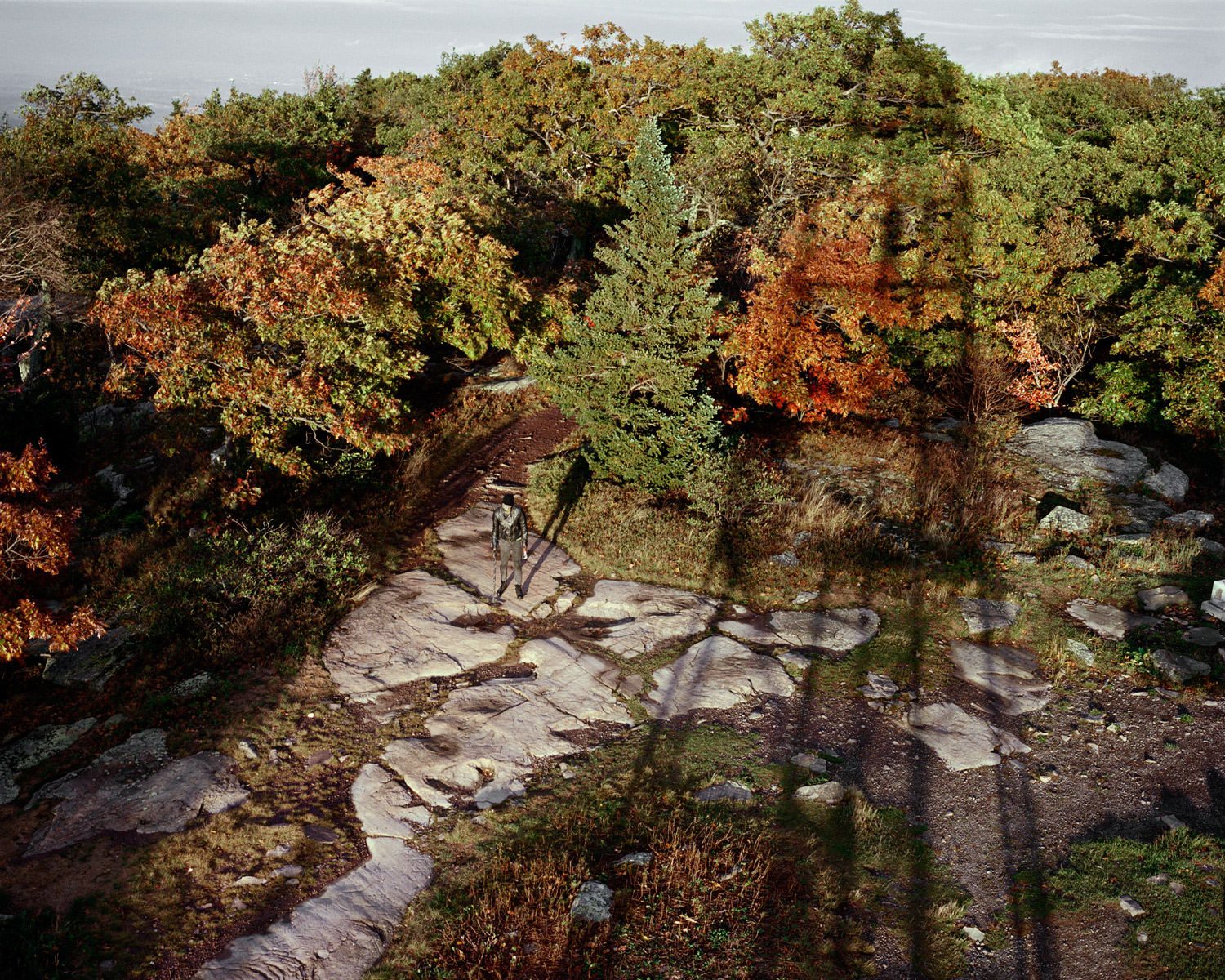 A Hunt on Overlook Mountain
Riley uses a metal detector and goes all over Seattle (or wherever we happen to be living or visiting), searching in parking strips – between the sidewalk and the street – or in the yards of old abandoned houses and buildings. This photo was taken when we were still living in New York and we found out about an abandoned, falling-down mountain retreat called Overlook Mountain House, in the Catskill Mountains. Riley is metal detecting after hiking up to the top of Overlook Mountain. I climbed to the top of a fire lookout to get this photo. It was windy and I was terrified and had to crawl down after, but I like the camera angle and how the scene becomes a miniature tableau with very dramatic lighting, like a stage set. 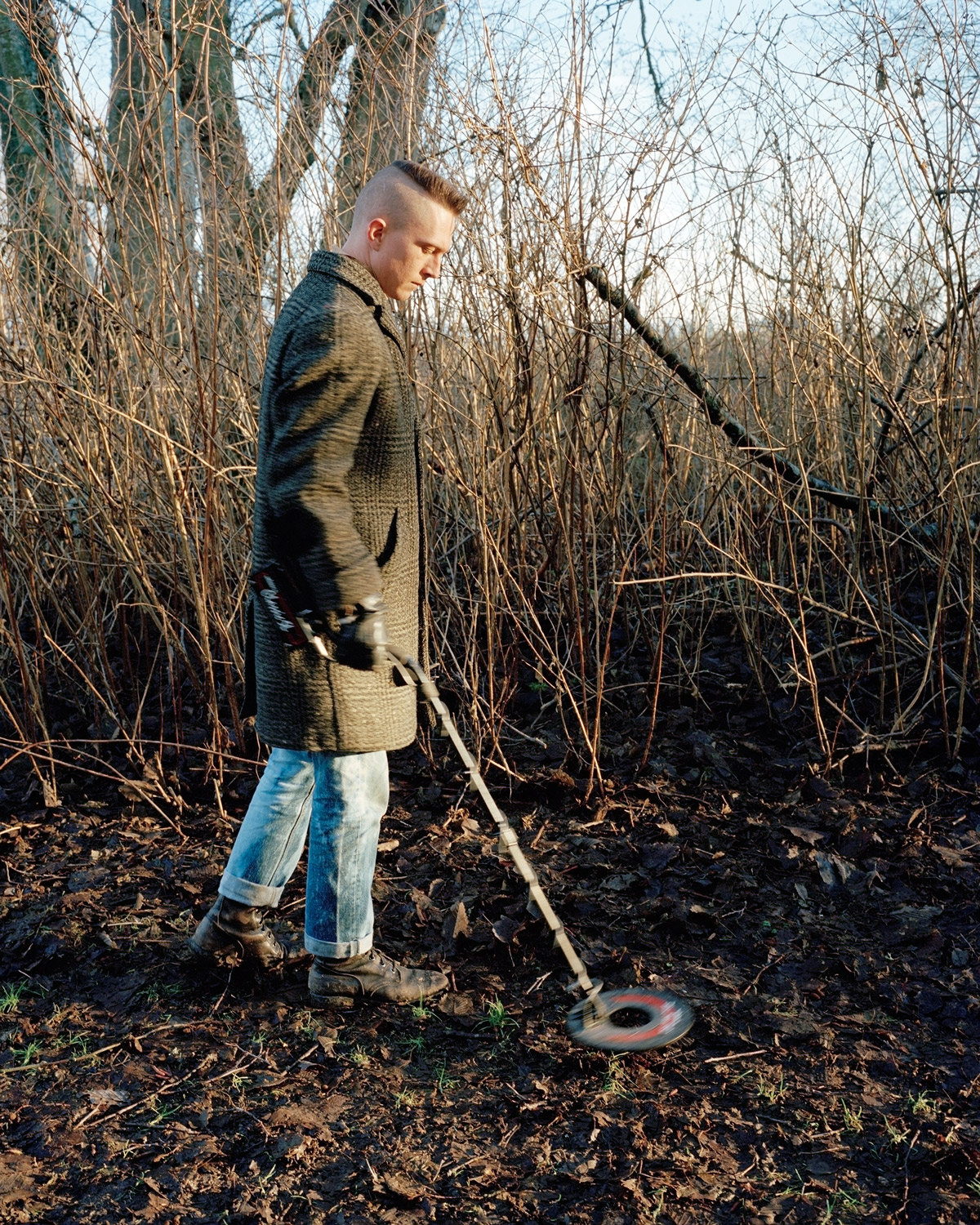 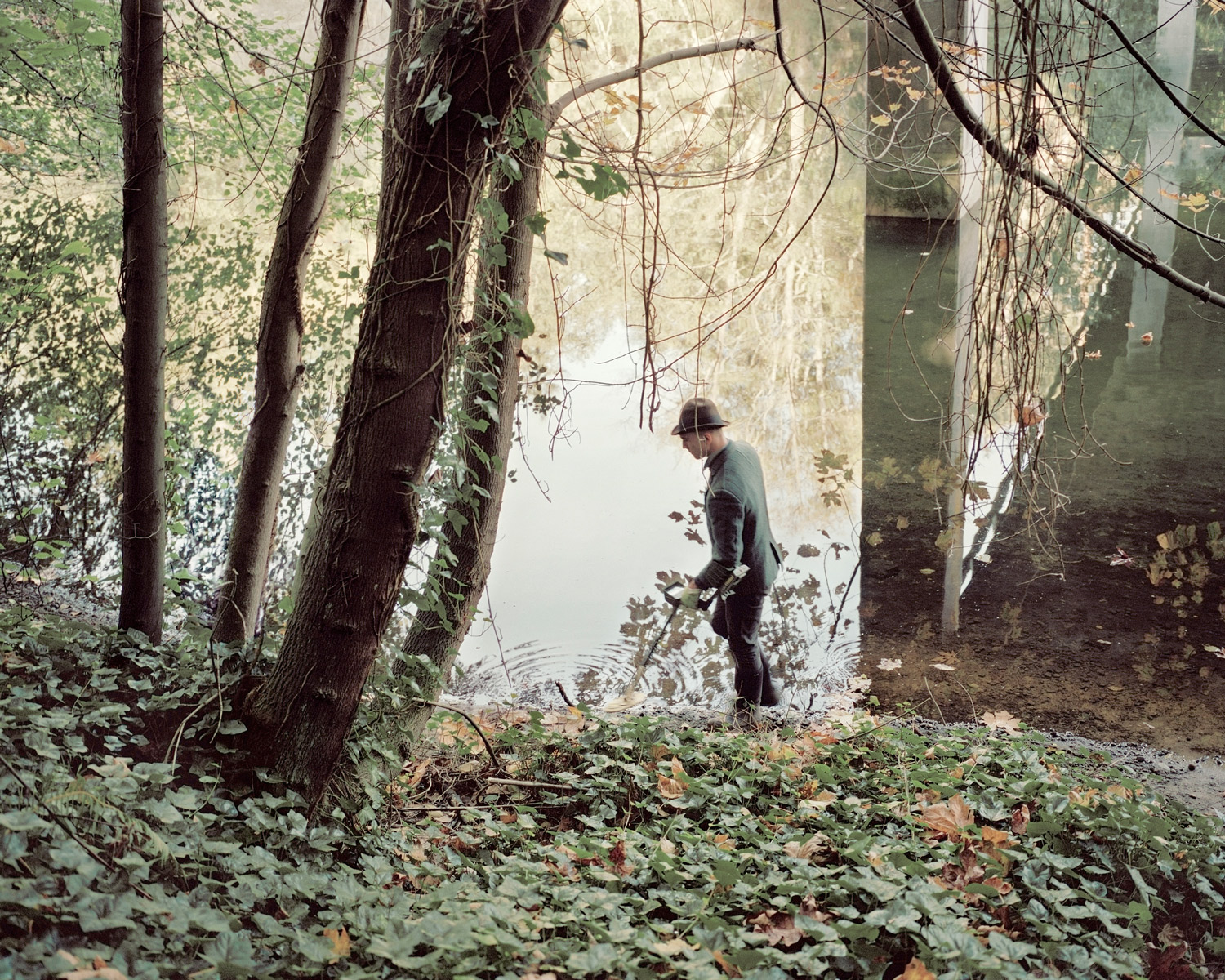 Gold Hunt, Vashon Island
We moved to Seattle in 2011 after living in Brooklyn for a couple of years while I was in school, and once we settled Riley did some research on lost treasure in the Seattle area. He discovered a tale of a wealthy logger who buried his gold on Vashon Island then died without telling anyone where it was. Legend has it, the man buried the treasure on the banks of Judd Creek, so one day we went out to Vashon Island to look for it. This is a shot of Riley with his metal detector at the creek’s edge. We didn’t find the gold, but the adventure of going to look for it is exactly what keeps Riley going. 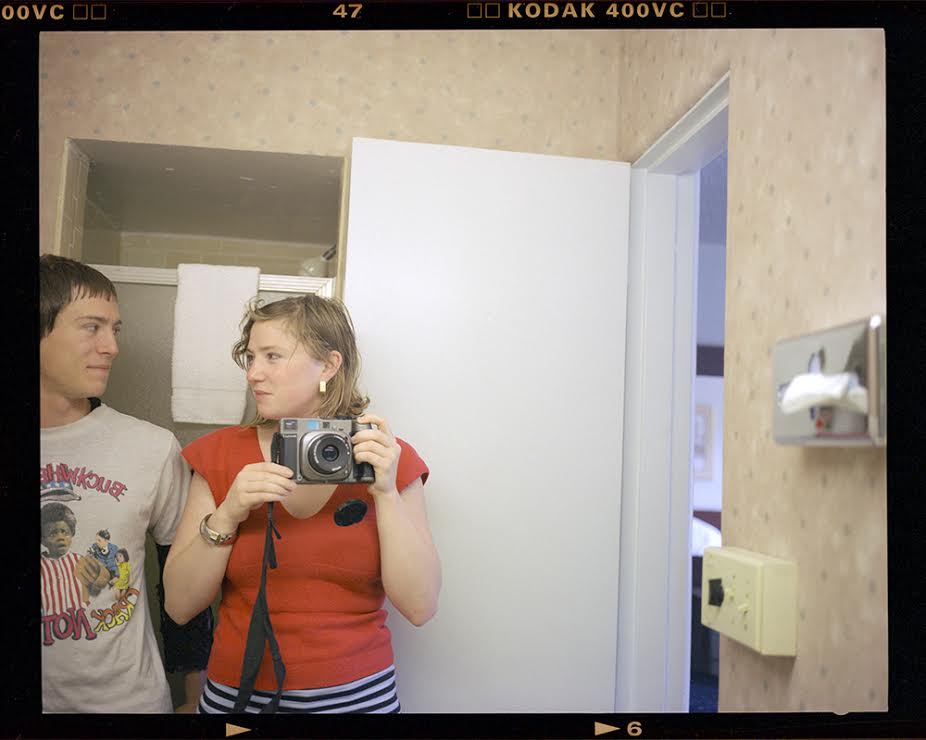 Jenny and Riley in a motel room, Portland, 2005