One-hour photo prints of Mexico City’s street kids in the summer of 1999. By Tyler Hubby 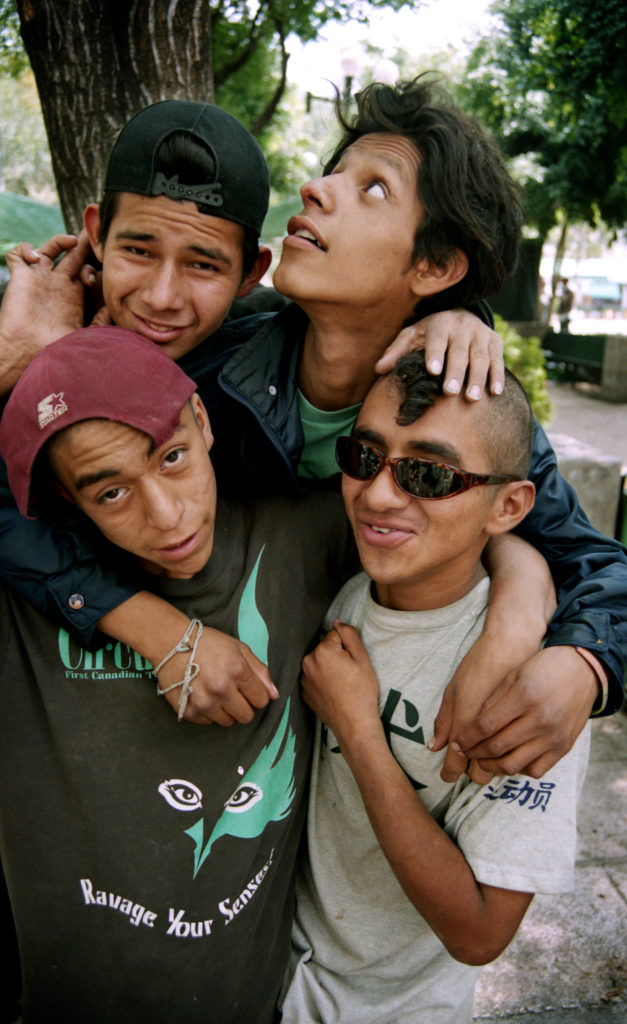 MEXICO CITY — In the summer of 1999 I was in Mexico City working camera on a documentary film about the homeless and orphaned children who live around the Alameda Central. As we began shooting, the children were leery, having been exploited countless times by the local media. We eventually gained their trust by putting the video-camera away and taking photographs using only my 35mm SLR. It occurred to me that we could develop the pictures at a local one-hour photo shop and return to the park to give copies to our subjects. This was hugely successful.

When the kids realised that we wanted to give them their own image — something that, apparently, no one else had — they warmed up to us immediately. They went from being hardened, suspicious street creatures to children again, with all their innocence and wonder exposed. Gone were the scowls and jeering laughs; they began to mug and play in front of the camera. We were welcomed into their tribe.

Many of these kids had been abandoned by their already impoverished families — too many mouths to feed — and were just surviving in the streets.  They slept in stairways, sewers or anywhere they could.  Almost all of them were huffing glue and the smell of it was strong. At the time these photos were taken, only adult homelessness was criminalised in Mexico City; the kids were free to roam around, often shooed away by the police like stray dogs. The teens in the group were very worried that they would be taken to jail upon turning 18.

When we returned for subsequent shoots the kids proudly showed us their pictures, which they kept in dirty pockets or tucked into waistlines. They even traded pictures among themselves. I was struck by the powerful validation one must feel when being able to own one’s image for the first time.

When I look at these images now I wonder how many of them are still alive; they would be adults now. 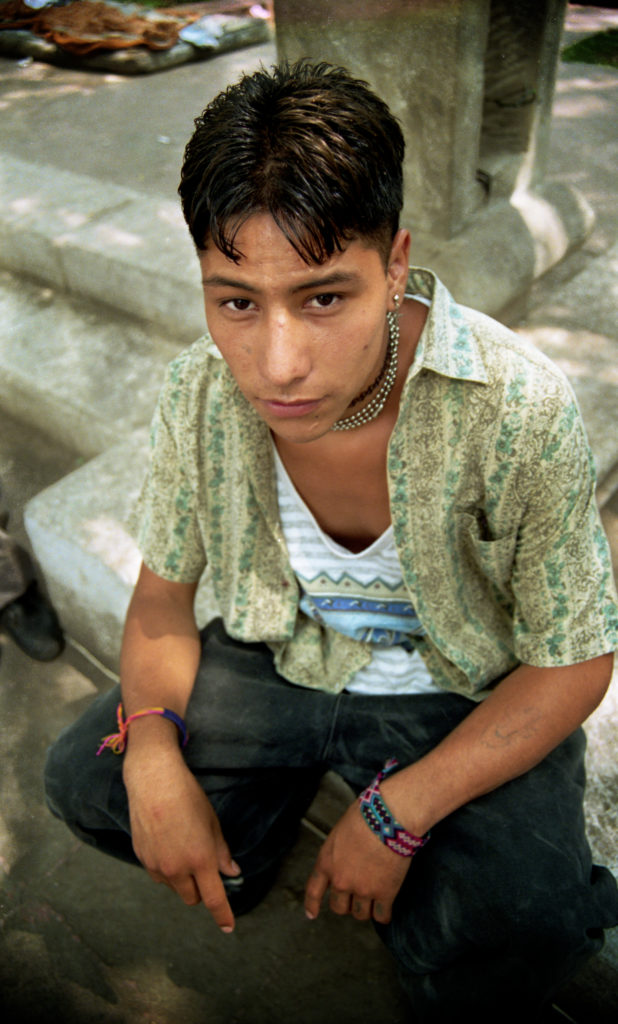 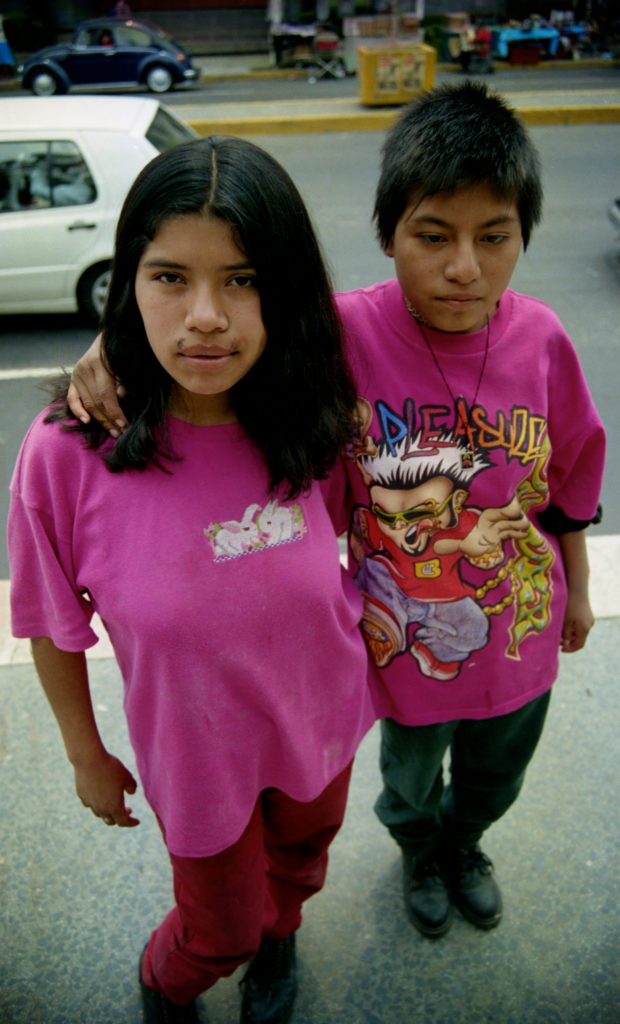