Reflections from an ‘in-betweeny’ on a double life lived at the weekend. With photographs by Jack Davison 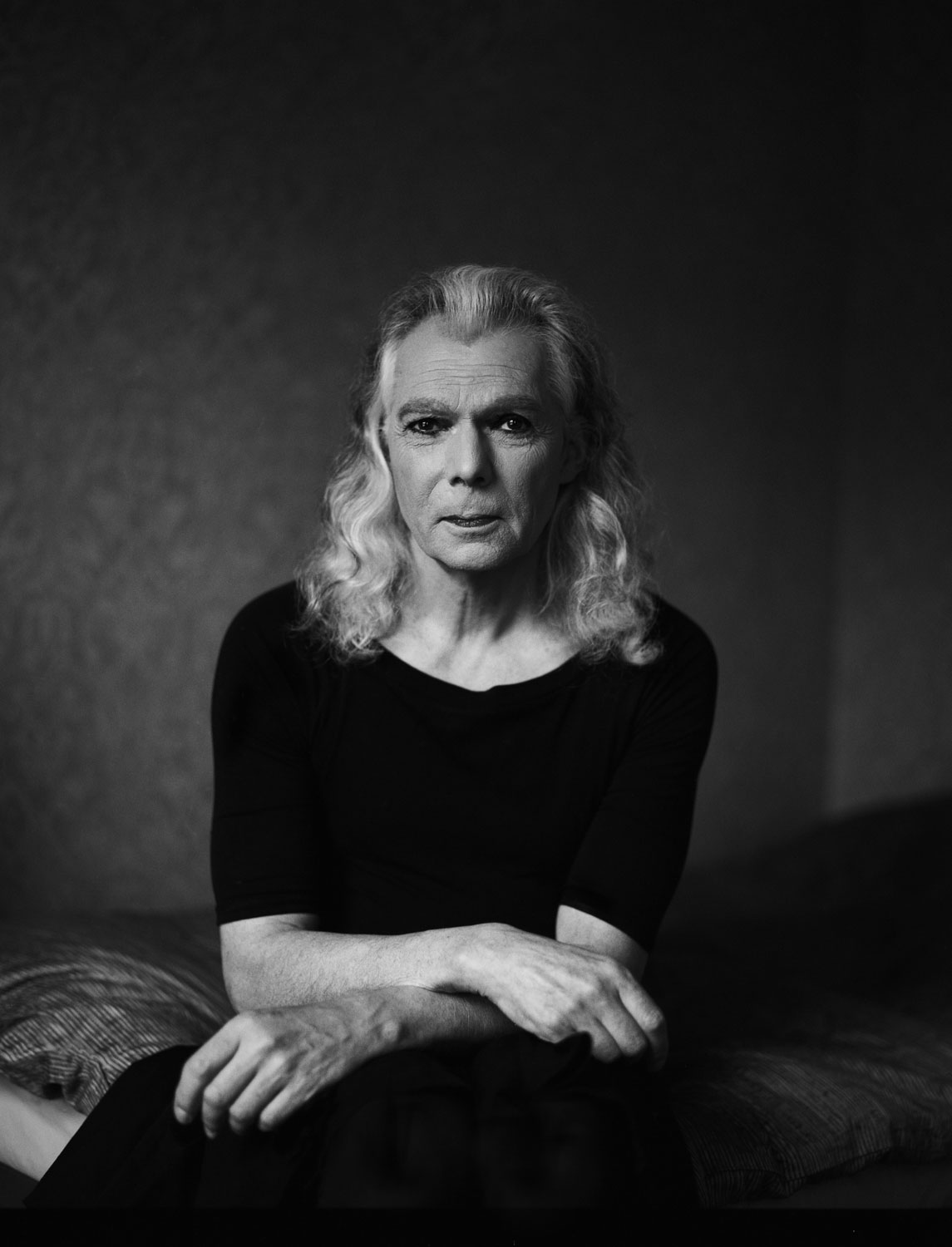 LONDON — I used to work in an office. One day I was expecting a visitor. Somewhat bewilderingly, when he got to my floor he asked for ‘Julie’. “He’s only Julie at the weekends”, declared a female colleague, so that everyone could hear. I had not divulged to, and had deliberately kept hidden from, anyone at the office, that I was, indeed, (not Julie) ‘Andie’ at the weekends, and my colleague’s joke was, therefore, pregnant with hidden irony, or, possibly, my cover had already been blown: the hair long enough to be en chignon, the mascara not having been completely erased by Monday morning?

But yes, she was right: I am ‘Andie’ at the weekends (a ‘genuine’ girl’s name in France and America). A very part-time tranny, dancing Saturday nights away at the Way Out Club in Aldgate, or sometimes Wednesdays at the Shadow Lounge in Soho: two popular transgender venues. People of all ages, all backgrounds, all races, dressed and made-up magnificently differently. Many are part-time, like me; some have undergone anatomical and chemical change to move more convincingly into the realm of the feminine: boys, girls and in-betweenies. Some of the more convincingly and biologically transformed can look askance at we ‘in-betweenies’: we’re not the real thing, we’re merely playing at it. I heard one such belle of the ball — rather spoiling the graces lent by her most admirable physical beauty — complain about the smell of testosterone in the Ladies, because, she animadverted, of all the trannies there.

Such girls could never undergo the purported ignominy of being ‘read’. Me, I don’t mind that much if I am taken for a man in a dress or a rather ragged or bizarre form of female in a dress. Being a ‘man in a dress’ — because of the artificiality of the ‘disguise’ — tends, ironically, to afford you more attention, even admiration: having one’s photograph taken by strangers in the street, questions about where you got your shoes or costume, advice from girls on make-up, etc. On the negative side, this artificiality is occasionally an invitation for aggression: I was hit on the head on the night bus home by a man who evidently found my appearance offensive. Some young men, full of their own self-importance and booze, can evidence a strident reluctance to include me easily within their heretofore imagined view of the world, suddenly and rudely interrupted.

“I think it’s great to have two selves, to run two wardrobes, two persons, and be a citizen known completely differently. It’s boring being Andrew all the time”

I can’t get very worked up about being ‘read’. God has distributed his gifts unevenly; and I am disinclined to get political on the subject of men in bras generally, as perhaps we are invited to do when embraced, mostly unwittingly, by the LGBTQ community. Given that we are fighting against Nature, against the incredulity of family or friends, we necessarily find ourselves out on a limb. From this state of affairs it is but a short step, I think, to find oneself putting up a finger to society at large, in however vague or disorientated and meaningless a manner: we find ourselves manoeuvred into the position of rebels. Which is curious, really, when all we’re doing is wearing a skirt. You wouldn’t think people would be so sensitive: the fact that they are makes rather attractive, to me, an outcome which is more than just frivolity.

It is suggested that of all the deviations, transvestism is the most philosophic or aesthetic — as against being purely sexual in motivation; even that our primeval or ancestral gods and progenitors were androgynous and possessed of a wisdom that the subsequent human declension into male and female has vitiated. According to this view, your humble tranny reclaims and becomes the inheritor of a divine authority: a shaman, a priest-like sorcerer, a visionary! Try telling that to the man on the night bus back! (Or any of the girls at the clubs, come to that.)

Is one more in touch with one’s feminine side? It’s suggested that dressing-up can be an amelioration of the demands of an over-harsh super ego, instilled by a male-dominated society. When I look around me at the clubs, I’m intrigued to think that almost everyone there is actually a man. Although the male ego is never far below the surface, I think there is a certain softening of the personality: if only a more genuine sensitivity to the aesthetic. Which, in fact, is rather academic because the clubs are a carnival, showtime, bravura, and being someone different for a while — a place where everyone is a star.

I think it’s great to have two selves, to run two wardrobes, two persons, and be a citizen known completely differently. It’s boring being Andrew all the time.

And anyway, think of the health benefits: all that dancing! Plus, there’s no way one is going start putting on weight, if one is still to get into those size 10 dresses. And finally, why should women have all the fun of the many transformative and deceptive possibilities afforded by make-up and dress? A ‘star’: repeatedly burnt to incandescence and continually reliving its genesis—at the weekend. 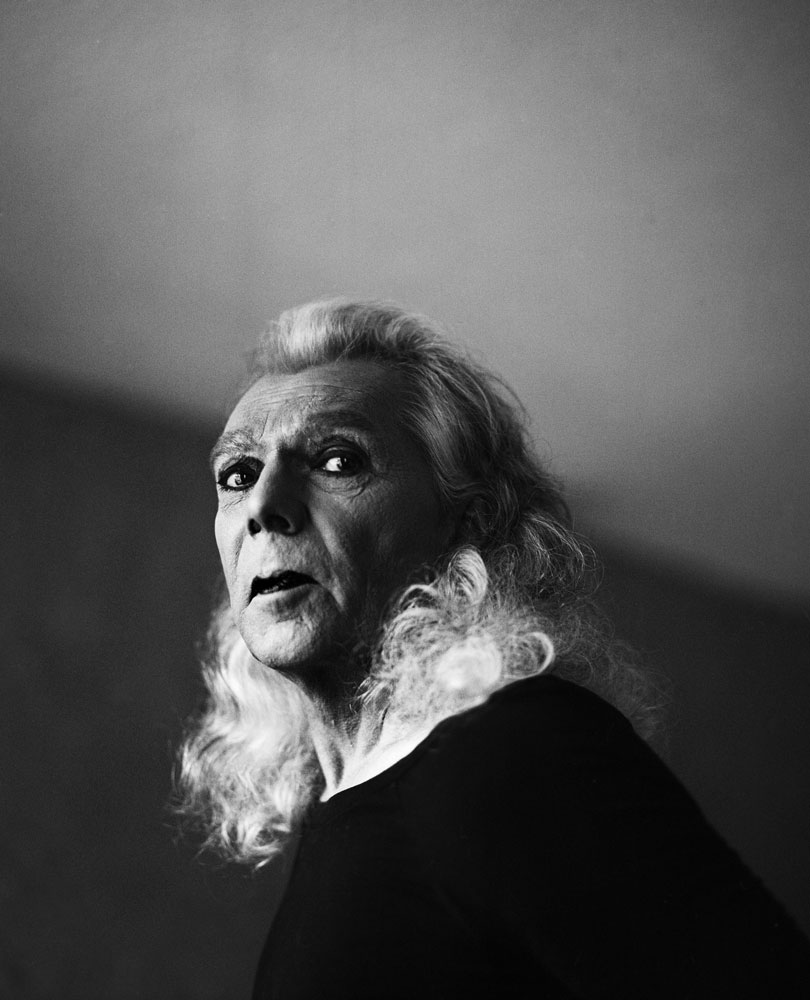